Metsatöll were Ensiferum’s special guest band at this event, but their performance left such an impression on me that I deemed it worthy of it’s own separate post. You can check out my review of the Ensiferum show right here.

I didn’t really know very much about these guys. I was going to see Ensiferum, but I had the feeling that this would be a unique and interesting experience and I was right. I have never seen anything like them, they are so entirely different! I can’t even come close to comparing them to another band because there is nothing even similar. It’s not every day that you fall in love with the opening act but I can safely say that happened to me, and I enjoyed seeing them just as much as I did Ensiferum.

What’s astounding about this band is the sheer variety on all levels, in the vocals, in the music, in the vast array of instruments they use. It’s not just plain old folk metal, they also combined elements of thrash and industrial metal into their songs. Markus and Lauri’s vocal range is mind boggling on it’s own, I have never heard such a deep baritone as Lauri’s. And while Markus is a smashing frontman and a mighty, kingly presence, dare I say it, I think the real star was Lauri with his crazy lineup of every funky musical instrument you can think of, and his deft ability to switch from playing one to the other with the flowing ease of running water. I had to look some of these up to know what they were called as I had never seen anything like them, they were like something out of a forest ridden, Viking legend 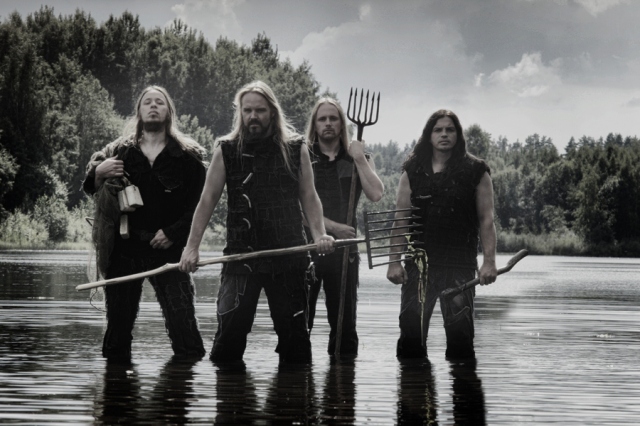 Being half Finnish, I was pretty tickled to hear them speak and sing in Estonian. It’s a language very close to my beloved Suomi, and there are actually a lot of Finnish words within its walls, they just mean different things. So if you can imagine your native language being spoken but with the words all jumbled up and slightly different sounding, that’s kind of what it was like for me!

Would I go and see them again? Abso-bloody-lutely. With Metsatöll you are guaranteed an unforgettable romp of a night like no other, and there’s nothing like a bit of funky folk metal to get the blood rushing through your veins.