Posted on February 15, 2016 by Amanda Winchester 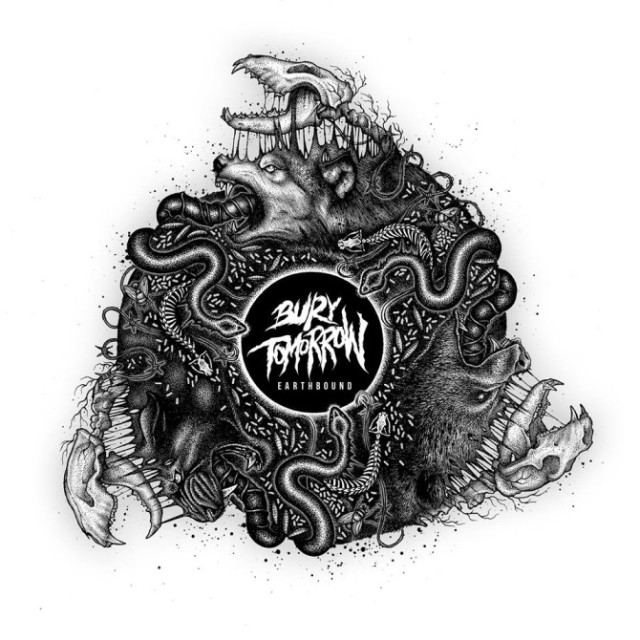 Ever since this highly anticipated album came out I’ve been absolutely hooked. The Southampton boys have outdone themselves again, it’s a metal masterpiece, and it SO deserved to climb higher than 27th on the album chart! I can say with conviction that almost every track on the album makes you want to sing out loud with them, which is always a bonus in my books.

What really sets Bury Tomorrow apart from other metalcore bands is the delicious back and forth between Dani’s raw, gritty, unclean vocals and Jason’s soulful, clean vocals, and the contrast is especially prominent in tracks like Memories and Last Light. Dani is the one that gets all the attention in this band and I LOVE Dani to bits, I really do, I love all the guys, but listen out for Jason, he has such a beautiful voice, it will send chills down your spine. It is so haunting and filled with emotion and longing and pain at times that it actually hurts to listen to, it gives me slight heartache, in a good way, and the only other singer who makes me feel that way exactly is Evanescence’s Amy Lee *happy sigh*.

The album kicks off at full force with The Eternal. There’s no messing about here! It’s one of the heaviest songs Bury Tomorrow have released, a track packed to the gills with brutal screams and face melting guitar riffs, but it also has super catchy vocal hooks so you can sing sing along.

I love Dani and Jason’s layered vocals in Last Light, the combination of the two is just magic. It’s one of the most passionate songs songs on the album and I absolutely love the lyrics. They’ve kept the use of metaphoric lyrics to the minimum in this track and touch on more realistic themes, which does make a nice change.

I may be wrong, but I actually think the Earthbound track itself is about global warming or the destruction of Earth and our environment. Must make a point to ask the guys about this the next time I see them. But with lyrics like “Look beyond all your surroundings, Step beyond all that we know, This could be the end of us, How far can our future grow?” and “I can’t see there’s much hope in changing this world, When no one’s listening”, I’m convinced I’m right and, if so, I love you even more, guys!

The Burden is an anthem track which most definitely gives off a vibe that not only should this song be played through either headphones or a speaker, but the passionate lyrics of “Fear No Evil” should be screamed at the top of your lungs at a Bury Tomorrow gig.

And while it is a melodic metalcore album at heart, heavy thrasher track Cemetery will definitely start a mosh pit going at the shows, make no mistake! It’s beautifully heavy and brooding, and the drums and guitar riffs create the most dynamic atmosphere for the whole track. Dani and Jason seem to use their entire vocal ranges in this track and it’s a breathtaking listen and you can sense the passion in their voices.

Restless and Cold is a strong reminder of Bury Tomorrow’s previous albums. It’s still heavy and classically Bury Tomorrow but it’s also very melodic and catchy. 301 features Hatebreed’s Jamey Jasta and it’s another track that I think will get the moshers started! I would say it is the song that is least familiar sounding as it almost doesn’t sound like a Bury Tomorrow track, it seems to have it’s own universe, it’s own sound, but it’s still a great track.

Jason’s vocals are especially prominent in Memories, and I love his passion.It’s fast paced with a chorus that will get stuck in your head all day! For Us is a killer track and one of my favourites. Another awesome killer, no nonsense chorus and beautifully crafted lyrics.  The closing track on the album is Bloodline, it’s brutal and heavy track, it’s a super head banger, Dani’s vocals are both impressive and chilling, and it has the most epic guitar solo. Way to end the album with a bang, you guys!

To conclude, this is definitely Bury Tomorrow’s best album, and it just goes to show how awesome British metal can be. I love the faultless Bury Tomorrow formula, the clean and unclean vocals, the melodies teamed with heavy metal. Bury Tomorrow have created their own sound and it is what makes this band so great. I can’t wait to see them play live again!

Leave a Reply to JOURNAL OF STYLE Cancel reply